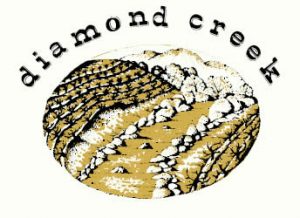 A Pioneer of “Cabernet Crus” in Napa

In the 1960s, Al Brounstein bought a plot of land, in what is now known as Diamond Mountain District, to the north of Napa Valley. Since then, Al’s vision and tenacity has led Diamond Creek Vineyards to produce some of the most sought after, iconic wines from California.

Inspired by a wine appreciation class which he took at the age of 40, Al decided to quit his job as a Salesman to pursue a new calling – to emulate his two favourite wine regions, Bordeaux and Burgundy, in Napa, California.

Although both of these iconic regions occupied an equal amount of space in his heart, Brounstein knew that Pinot Noir was not suited to the warm Napa Climate, so he went to Bordeaux to gather cuttings of Cabernet Sauvignon that would thrive in California. His enthusiasm was contagious and two Premier Cru properties agreed to give him some cuttings, which he shipped to Mexico. Al then smuggled them over to Napa, an endeavour which took seven return trips in his own plane!

Once the cuttings were safely in California, Al started looking for the perfect site to grow them on. Although virtually all Napa’s vineyards were planted on the valley floor at the time, Al was determined that his grapes would grow best on hillsides. Full of hope that his instincts were correct, Al and his wife Boots bought 32 hectares of prune trees, rocks and overgrown shrubs at a fraction of the price that prime Napa land would fetch today.

While Al and his sole employee at the time, Sergio Canchola, set about clearing the land, they began to notice that they came back from work each day covered in different coloured soils; one day they would be dusted with a snowy white ash, while the next they would be peppered with red earth. On closer examination, Al and Boots discovered that they had bought three distinct “terroirs”: One side of the land was made up of volcanic ash from the now extinct Mount Kanati, the other comprised of iron-rich red dirt, while the remainder contained gravel alluvial soils rich in marine fossils.

The pair were delighted to discover that their land was made up of such different “terroirs” and decided to name their three principal vineyards, and resultant wines, Volcanic Hill, Red Rock Terrace and Gravelly Meadow. A third, very rare wine, is made from the tiny 0.4ha Lake Vineyard in the warmest years. This site-specific, Burgundian “Cru” approach to making Cabernet Sauvignon in California was revolutionary. Diamond Creek were the first to make a wine exclusively from Cabernet Sauvignon and, at the time, they were only the second producer in the state to use vineyard designations on their labels.

The wines have been made using the same small scale, hand-made approach from the beginning, always from 100% estate grown fruit. It was Al’s vision, determination and conviction that led Diamond Creek’s “Cru Cabernets” to preface the rise of the Cult Cabs in California.

Diamond Creek was bought by Champagne Louis Roederer in 2020, who are “delighted to have the opportunity to carry on the opus of an iconic family and embody its values and savoir-faire”, with the same ethos of estate driven production, organic grape growing, family ownership and quality driven production that unites these two iconic producers.

Gravelly Meadow is typically the first to be tasted in the line up of the Cabernets from Diamond Creek. Graphite, with sage and steeped black tea on the nose. The tannins are elegant, supported by flavours of currant, plum skin, spice, lavender, minerality, dried herbs, nutmeg and cacao, that linger throughout a long finish.

Red cherry, spruce, and espresso bean lift from the glass. Finesse and vibrancy on the palate with raspberry, cassis, plum at apex, extending into graphite, mineral, cedar, tapenade, and menthol. Firm, elegant tannins and a long, savoury finish.

Red Rock Terrace is typically the second wine to be tasted in the line up of the three Cabernets from Diamond Creek. Coaxing aromas of bergamot, dark berries, café brûlot and graham cracker drift from the glass. Smooth and graceful, the palate is structured with ripe, mouthcoating tannins layered with black cherry, rhubarb, and interlaced with earl grey tea, iron and savoury dried herbs that lead to a long, rhythmic finish.

Volcanic Hill is typically the last wine to be tasted in the line up of the three Cabernets from Diamond Creek. Aromas of cassis, black liquorice, and bay leaf and ripe black cherries lift from the glass. Rich and elegant tannins, and a labyrinth of blackberries on the palate lead to plum, cardamom, espresso, and scented earth that make it alluring in youth but will age well beyond. 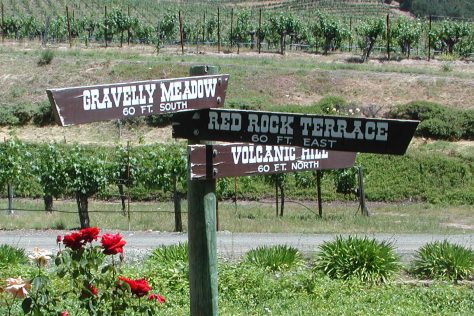 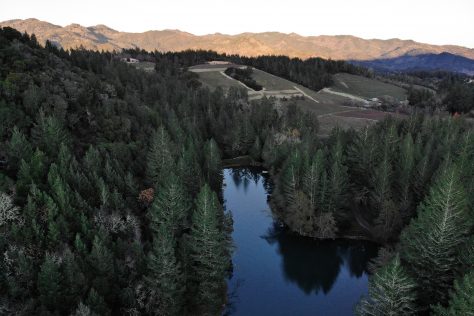