Purchased by Massimo Ferragamo in 2003, Castiglion del Bosco, after major investment in the vineyards and winery, has been restored to its position as a leading Montalcino estate. Ferragamo also bought an 11 hectare estate, Prima Pietra, near Riparbella, north of Bolgeri in the Maremma. Locally trained oenologist, Cecilia Leoneschi, who has been working at the winery since 2003 oversees the vineyards and the cellar.

The grapes for Prima Pietra are grown in a well-ventilated vineyard at 450 metres, with a constant breeze from the Mediterranean. Vines are Guyot trained and planted at a density of 9,600 vines per hectare. The soils are a mix of gravel and iron rich clay giving concentration to the wine.

The grapes are hand-picked and transported to Montalcino for vinification. The wine is fermented in large wooden vats at 28°C. Each grape variety is vinified separately. After fermentation, the wine is matured in French barriques, 50% new and 50% second passage, for 18 months before bottling. After bottling, the wine spends a further six months in bottle before release.

The Merlot was harvested in the second half of September; the Cabernet Franc and Petit Verdot in the first days of October; and the Cabernet Sauvignon in mid-October. 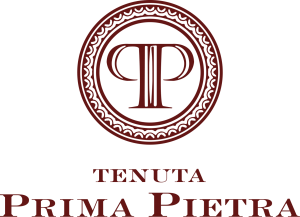