The vineyards are located at 130 metres above sea level with a south eastern exposure. The vines are free standing ‘alberello’ bush vines, planted at a density of 5,550 vines per hectare and the soil is calcareous.

The small but efficient cellar is equipped with temperature controlled stainless steel vats. After harvest, the grapes are gently pressed. Maceration lasts for approximately two weeks. Fermentation then takes place at 28-30°C. The wine is then aged for 16 months in 225 litre barriques (50 % new) before bottling in September 2012.

The Syrah and Cabernet Franc were harvested from 30th August. The later ripening Nero d’Avola grapes were hand-picked from 20th September.

The flagship ‘Doppiozeta’ (translates as ‘double z’ taken from the family name). Deep ruby red in colour with notes of dark fruit, coffee and tobacco. An attractive spice element with layers of flavour and smooth tannins give this wine its distinction. 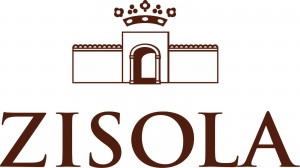