A Passion for Wine

The estate was founded in 1689 by Pierre de Mazure de Rauzan and the vineyard acquired its name a few years later when his daughter Thérèse received it as part of her dowry on her marriage to Jacques de Pichon Longueville, the first President of the Parliament of Bordeaux. Thus began the history of one of the most famous Bordeaux vineyards which, for one and half centuries, remained a single holding in the hands of one family.

In 1850, the estate was divided amongst the five children of Baron Joseph, however only two of his children finally inherited the vineyards. Raoul took the plot destined for the two sons, while Virginie took the plot for the three daughters. From then on, the lands of Pichon Longueville would have two very different futures.

Virginie married Count Henri de Lalande, giving her the title Comtesse de Lalande, and took over control of the Domaine. Her passion and the quality of her management made her a strong personality in the Médoc and she very much left her mark on the estate. In the 1855 classification Château Pichon Longueville Comtesse de Lalande acquired the status of Deuxième Cru Classé.

In 1925 Edouard and Louis Miailhe purchased the estate. May-Eliane de Lencquesaing, the daughter of Edouard, inherited it in 1978. She quickly rekindled the same enthusiasm that had inspired the Comtesse de Lalande, sharing with her a love of the land and its wines.

The 89 hectares (220 acres) of this vineyard border the property of Château Latour and stretch south of Pauillac towards the Commune of St Julien, whence it gets its extraordinary charm. The exceptional character of the wines produced here is distinguished by their elegance and finesse. This is due to a harmonious balance of different grape varietals: the vineyards are made up of 35% Merlot (a very high percentage for this appellation) to give roundness and suppleness; 45% Cabernet Sauvignon to provide longevity; 12% Cabernet Franc for finesse; 8% Petit Verdot to ensure a certain freshness and aromatic complexity.

Champagne Louis Roederer’s on-going investment has seen the Château completely renovated, with the wine making facilities rebuilt and modernised, and the chais vastly extended in a long-term project, including a triple-tiered cellar. Similarly, a targeted replanting programme for select vineyard parcels was also introduced, ensuring the best root stocks with the highest potential were planted in the correct soil types for each varietal. New double-skinned temperature controlled stainless steel vats were also brought, allowing the Château to vinify on a parcel basis, as well as contributing to a softer, more gentle extraction for the most sensuous wine of Pauillac.

Nicolas Glumineau, formerly of Chateau Montrose, was appointed Director of the Château in 2013.

The nose fluctuates between Pauillac sap (cedar, graphite), fruit (ripe strawberry) and flowers (lily of the valley, lilac). Raising expectations of a rich and juicy palate. Unsurprisingly, we find the same impressions in the mouth. Long and sappy, the wine is velvety, held taut by a lovely acidity and driven by an almost physical sensation of tannin. The red fruits (strawberry, cherry) are combined with sandalwood and cedar, a confirmation of the Pauillac terroir.

An enticing nose of blackberry and cedar, with spicy notes of pepper and fresh mint. Delicious on the palate, exhaling raspberry aromas. Equally supple and dense, with pure, fresh fruits. Savoury and with a evolving elegance and long length, thanks to well-integrated tannins.

A well-balanced wine: notes of liquorice and fruits (blackcurrant, strawberry, black cherry) on the nose. The same in the mouth, very expressive and full of flavor; blackberry, raspberry, also tobacco and cedar. A full-bodied wine, long, intense and velvety tannins. A desirable pleasure to finish.

What a vintage! A complex nose with lots of present aromas. Intense floral notes of rose and violet as well as wild basil and rosemary. A lovely complex, savory, rounded palate. Flavours of strawberry, morello cherry and white tobacco. Fine and well-tuned, long and unctuous; well-structured, well-balanced and intense.

A characteristic style of the appellation, powerful with ripe fruit, aromas of cigar box, cedar and blackcurrant which return on the palate with the addition of raspberry. Deliciously creamy, rich with ripe tannins, full, fresh and long finish.

Complex; on the nose, notes of gunflint, cedar and violet. The palate is pronounced, full and floral, backed by well-structured tannins, long in the mouth fiishing on a tasty note of ripe apricot.

Notes of cedar, cocoa and custard immediately evident on the nose followed by a release of pure and intoxicating notes of blackcurrant and peony. Long and intense, the aromatic structure evolves from classic notes of citron and spices (cloves, black pepper), to luscious tones of praline and blackcurrant. At first, well-balanced and smooth in the mouth, moving onto a very open mid-palate and a rich, savoury long-lasting finish, thanks to silky, refined and well integrated tannins.

A typical Pauillac wine on the nose, offering a complexity of cedar and tobacco, but also blackcurrant, raspberry and a hint of clove and violet. The same flavors in the mouth of raspberries, violet and peony but not overpowering. This fine wine, distinguishes itself between a balance of great flavor and density. The tannic structure is distinct, fine and firm, with a long, soft, savory finish.

An acrobat on a wire. Well-balanced and elegant, fleshy and structured, complex and extremely rounded; a fine Pauillac according to Pichon Comtesse, expressing notes of blackberries, raspberry, a touch of granite and cedar. On the palate, extremely well-integrated tannins and an exceptional smoothness.

As part of the collection of great vintages of Pichon Comtesse, 2016 offers a powerful, intense and elegant wine. Intensely floral notes of violet, wild blackcurrant and raspberries and spices. The wine is completed with a long finish and smooth tannins.

A well-balanced, supple and powerful wine, smooth and structured… it’s what Pauillac knows how to do best; offering great complexity with elegance. The aromas are of blackberry and blackcurrant with some violet and cedar. The palate is distinct, recalling blackcurrant, this wine is especially expressive in its deep, rounded structure, beautifully controlled, offering a finish that is lively with good, well-crafted tannins.

Pichon brings together finesse and the tannins characteristic of great Médoc wines. On the nose there is raspberry, violet and cherry tempered with a note of cigar. The structure is balanced, solid and made to last. This is a highly precise wine, while highly concentrated, elegantly showcasing the characteristics of this vintage marked by drought. Sensual, exotic aromatics abound along with pure supple flavours. This is a massive Pichon softened by a silky texture and velvety finish.

Currants and dried spices on the noce, with smoky wild violets and aromas of forest floor. Flavourful and full-bodied, this opulent Pauillac has seductive fruit, soft flesh and brightness. The silky yet chewy tannins are barely noticeable given the sweetness of the fruit and abundant glycerine, giving the wine a long finish. It is dense and solid.

Ruby in colour. Floral, roses, crushed raspberries with a touch of liquorice are the aromas given out by this full-bodied wine. The impression in the mouth is gourmand, juicy, a bowl of summer fruits all way through the tasting.

Very dark crimson. Final floral with elegant leafiness from Cabernet Franc, slightly lean now but good fruit and structure and good length. It is an archetype of seduction with tannins of great breed. Its structure is mellow and full of charm, with the flavours of a red fruit basket.

A dense ruby/purple colour with a complex nose of cedar wood, spice box, blackcurrants, and smoke. Abundant plumpness and flesh on the palate. The texture is caressing, sensual and well-structured in the centre thanks to the tannins. The structure is long without any aggressiveness. The aromatic persistence is floral and spicy. 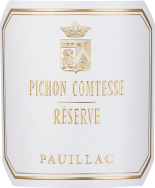