Fonterutoli is located 5 km south of Castellina in Chianti (Siena), on the hills facing the Val d’Elsa, in the heart of the Chianti Classico. Owned by the Mazzei family since 1435, it still retains its original form, that of a tranquil country village: a cluster of houses, the church of San Miniato and the villa, built at the end of the 1500s where the medieval castle once stood. Today, the estate comprises 117 hectares of vineyard, largely planted with Sangiovese with some Merlot, Colorino, Malvasia Nera and Cabernet Sauvignon vines also planted. The cellar at Fonterutoli, designed by architect, Agnesi Mazzei, is one of the most impressive in the region, and has a minimal impact on the environment.

The year 2008 was characterized by a winter period of low rainfall and temperatures slightly above average. Spring was due to a very difficult period with frequent rains and temperatures slightly above average from May trough mid-June. Specifically, in the first twenty days of June fell almost 150 mm of rain. The end of June marked an improvement in weather conditions with little precipitation in the month of July and peaks of 37°C reached in the last week of that month. The veraison occurred in the first week of August, which it within company compliance. The months of August and September were characterized by low rainfall (40 mm total)concentrated mainly in two storms, one in mid-August and the other in mid September. This trend fostered a perfect ripening of the grapes, avoiding arrest of maturation due to water stress in the plants. The beginning of the harvest took place on September 12 and ended on October 18. On September 9 and 10 there were substantial temperature fluctuations between day and night, critical for the accumulation of color and the synthesis of aromatic substances.
rainfall Apr.-Sept.: 312,8
Rainfalls (sum of rainfall between April 1st and September 30th): 312,8 mm (12.3 inches)
Temperature Index (sum of average daily temperatures from April 1st to September 30th): 3535,96°C 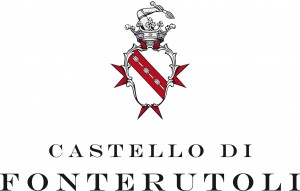