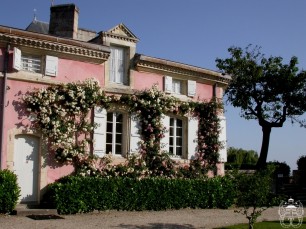 The Moutai Group purchased the cru bourgeois chateau in the Médoc in 2013. Plans include rejuvenating the historic pink chateau and potentially operating a luxury hotel on the property.

In an interview with Decanter, Zhong Huaili, president of Chateau Loudenne, commented: “We plan to sell around 50% of production in China, with the rest remaining in traditional markets.

“We have television advertising planned, and are already well known for our Moutai drink. We expect to receive a high number of Chinese tourists in the future, as well as making this a reward destination for our staff back in China. This is to be our showcase in Europe.”

Huaili looked at 30 properties before deciding on Loudenne. He plans to invest €5million in upgrading the production facilities and building a new winery.

The Moutai Group is based in the Guizhou Province and has a turnover of €4.4 billion, and also owns vineyards in Changli in the Hebei Province. The group is a significant producer of Chinese alcohols such as baijiu.

Chateau Loudenne is its first vineyard purchase outside of China.