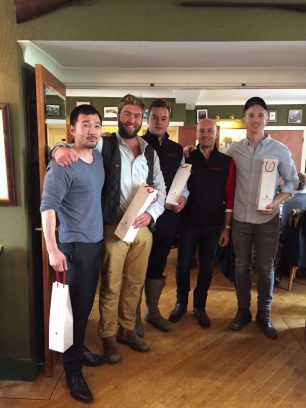 Guests were treated to a delicious lunch from Le Bab, accompanied by the wines of Domaine Faiveley including back to back vintages of Corton Clos des Cortons Faiveley.