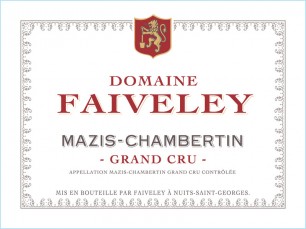 The latest edition of Wine Spectator, released during Prowein, rated several of Domaine Faiveley‘s wines highly, in particular the Mazis-Chambertin Grand Cru 2014 which scored an impressive 95/100. The superb quality of the wine, and this high score, led the Mazis-Chambertin to be featured in the “Spectator Selections” article, where it was described as a “collector’s item”. Wine Spectator described the wine as having:

“Brilliant aromas and flavours of cherry, strawberry, currant and mineral [which] highlight this complex red, which is intense and elegant, building to a kaleidoscopic finish. Structured and harmonious, with terrific ageing potential”.

Contact Christine to find out more about the Mazis-Chambertin 2014.