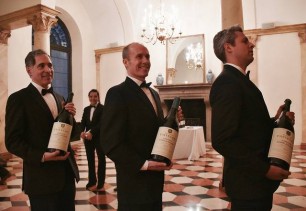 Domaine Faiveley, Cheval Blanc and Charles Heidsieck had the privilege of representing the three French wine regions to have been awarded UNESCO World Heritage status – Burgundy, St Emilion and Champagne – at the Goût de France in New York City.

The Goût de France was a magnificent dinner prepared by some of the most famous French Chefs in New York: Daniel Boulud, Frédéric Duca and Sebastien Baud.

The dinner, held on 21st March, celebrated French gastronomy around the world, with over 1700 chefs preparing French cuisine on all five continents.

Contact Christine to find out more about Domaine Faiveley.