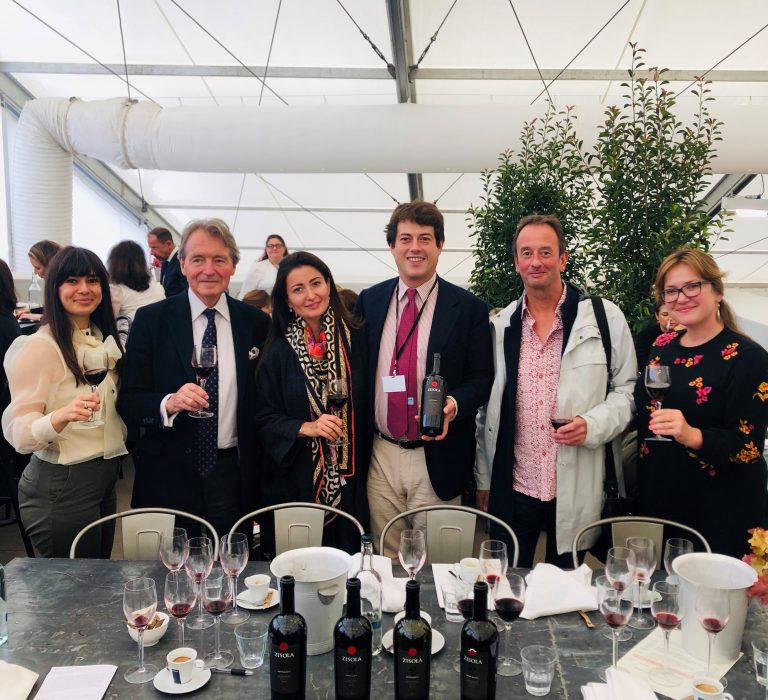 Zisola is located in South-East Sicily, only a few steps away from Noto, famous for its baroque buildings and Unesco World Heritage Site. The Mazzei family identified the untapped potential of this historically and culturally rich land and started their ambitious wine making project in 2003.

With the 2016 vintage of Doppiozeta we celebrated the 10th Anniversary of the most important Zisola wine and through a vertical tasting we tasted the development of this Cru through its first decade. Doppiozeta was first born as a blend of Nero d’Avola, Syrah and Cabernet Franc, whereas now its limited production fruit comes from three exclusively selected Nero d’Avola plots (approx. 13,000 bottles). The family has been pursuing purity and elegance in their Nero d’Avola expression, so they have moved from barrique to tonneau and the 2016 vintage stayed for an additional 4-month period in concrete tanks before bottling.

Zisola is already a certified organic producer of citrus fruit and for the past five years the vineyards have also been organically grown. The team expects to receive the official certification next year. All Mazzei vineyards are farmed with sustainable practices including no use of herbicides, application of green manure (mix of cereals and herbs) to promote soil life while adding complexity to the ecosystem. The family only applies organic fertilization consisting of biological waste turned into compost (branches, stems, grapes, olive pulp).

Should you wish to receive more information about Doppiozetta or wish to place an order please contact Effi Tsournava or your Sales Manager.