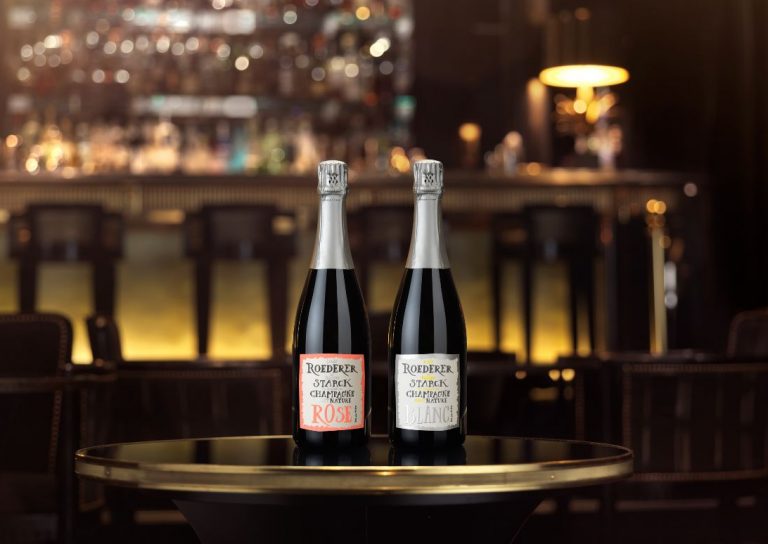 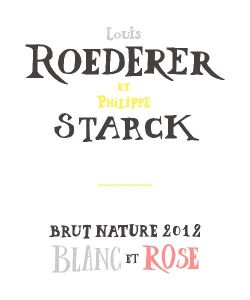 ROEDERER x STARCK,
DIAGONAL CREATIVITY:
FROM IDEA TO CHAMPAGNE,
FROM CHAMPAGNE TO ART

Officially launched last week in Paris, Thursday 10th October saw the London launch of the Louis Roederer and Philippe Starck Brut Nature 2012, as well as the presentation of their new cuvée; the Brut Nature Rosé 2012. The launch was held in the iconic Life Room of the Royal Academy of Arts in London.

This creative collaboration between French creator Philippe Starck  and Frédéric Rouzaud and Jean-Baptiste Lécaillon of Louis Roederer is now in its third vintage.  The project, which began more than 10 years ago as an abstract conversation between the three, hinged on the vision provided by Starck of a champagne that is “honest, minimal, diagonal, modern”.  This concept was given momentum and life by Rouzaud and made a reality thanks to Lécaillon’s intimate understanding of the Maison’s vineyards as well as his skill as a winemaker.

In the words of Frédéric Rouzaud “from the 2006 vintage, the key word of this co-creation that is Brut Nature, was the movement which is born from the meeting of beings, ideas, words.  That of life.  With this third vintage, and the advent of rosé, it is now also the movement of a story, a story of filiation and fidelity”.

The champagne is drawn exclusively from Roederer’s ten hectare biodynamic vineyard in Cumières and is a field blend of Chardonnay, Pinot Noir and Meunier.  In a departure from their usual micro-vinification, the grapes are co-harvested, co-pressed and co-fermented in the manner of their fore-fathers.  The result is a pure and crystalline champagne that pulses with energy.

Paying homage to the creative partnership, graduates and current students from the Royal Academy Schools were challenged to respond to the champagne; its flavour, philosophy and terroir through art.  The thirteen shortlisted works of art were on display at the London launch as guests enjoyed the creation that inspired the artists.   A panel of judges (listed below) met earlier in the day with the daunting task of selecting the winning piece. 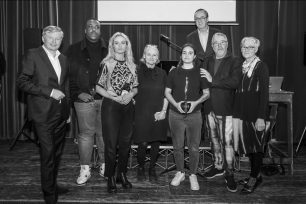 Maison Louis Roederer is delighted to announce the interpretation prize has been awarded to Sofía Clausse for her elegant entry Cycles.  Chairman of the Judges and Curator of the Royal Academy Schools, Eliza Bonham Carter said “Sofía is no stranger to interpretation with a practice born from ongoing investigation into language and process. In Cycles Sofía has effortlessly captured the thought, care, and craftsmanship required to produce a sophisticated champagne.  I am so pleased that we also found a way to acknowledge Clara Hastrup’s and Olu Ogunnaike’s entries, which both provoked much discussion amongst the judges.” 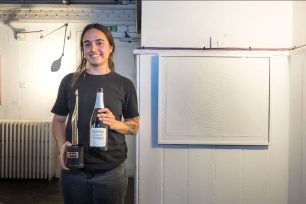 Champagne Louis Roederer enjoys a long history of supporting young up and coming artists, largely through their Roederer Foundation in France.  This competition held for the Royal Academy Schools students in honour of the Brut Nature launch was another opportunity to shine a light on exciting and talented artists in the early stages of their career.

The Brut Nature 2012 and Brut Nature Rosé 2012 are available by the glass exclusively at the Beaufort Bar at the Savoy for a month, and in retail at Harrods RRP £90. 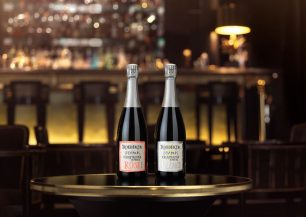