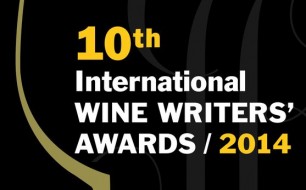 On Tuesday 15th July the Roederer Awards judging panel met at the Maisons Marques et Domaines headquarters in London to determine the shortlists of the entries in the 10th annual Louis Roederer International Wine Writers’ Awards.

The event brought together the five judges – four in person and one via Skype from Portugal –strengthening the international credentials of the competition. After extensive and thought-provoking debate, the judges reached their decisions, naming the shortlisted entries.

Charles Metcalfe, Chairman of the judges, commented: “We have had many more entries this year than ever before. And the standard is higher than ever. Deciding on the winners of several categories was a very difficult process! The awards revealed why some of the best-known wine writers have earned the reputations they enjoy. On the other hand, they also brought some exciting new names to our attention. I particularly appreciated the international nature of the entries and enjoyed seeing high quality writers and photographers from countries such as the US and Australia.”

“Wine writing today is a very competitive environment; the Roederer Awards helps to sort the wheat from the chaff”, added Robert Joseph, one of the judges.

An invitation-only Awards Ceremony will be taking place to announce the winners at the Royal Academy of Arts in London on Tuesday 9th September 2014.

Please see the attached official announcement which includes the 2014 shortlist.