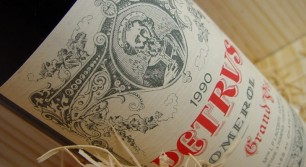 Petrus and Domaine de la Romanée-Conti both shared first place at a Sotheby’s vintage at the end of June 2014, with a breath-taking £28,200 each for a case of 1990 vintages.
Stephen Mould, European Head of Sotheby’s Wine Department commented: “Mature, blue-chip Bordeaux and DRC were in great demand, and prices for Leroy and d’Auvenay soared above their high estimates.
“The sale demonstrated that collectors are willing to pay top prices for top-flight wines, but, equally, wine lovers who want to drink at accessible prices were taking advantage of the great opportunities on offer for younger vintages and lesser-known producers.
“We are delighted to be up 33% on last year’s results for our January to July London wine season, with a combined total of £7.5 million. We now look forward to some exciting sales this autumn in all three selling centres – London, Hong Kong and New York.”
The top bidders were UK trade and private buyers as well as Asian buyers.
Other Petrus vintages sold at the two-day auction included 2000, 2003, 1996 and 2005.