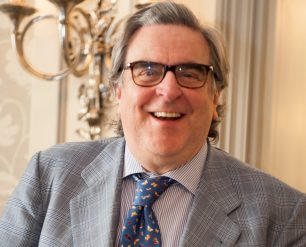 We are delighted to announce that the Pio Cesare range has been awarded outstanding scores on Robert Parker’s The Wine Advocate by Monica Larner.

Pio Cesare’s iconic wine, the 2013 Barolo, was awarded a fantastic 95 points, with the following tasting note:

“The Pio Cesare 2013 Barolo offers all of the plentiful qualities that make this such a memorable vintage. Because the growing season was slightly cooler compared to the two years preceding it, 2013 offers a great sense of freshness and brightness. Fruit was sourced from seven different vineyard sites…The tannins are tightly integrated within the firm fabric of the wine. Yet, the finish is round and supple. This Barolo offers characteristic aromas of wild berry, black truffle and cola. It is executed in a very traditional style with botte grande and a tiny part barrique to give the wine a tad more oxygen during its integration and ageing process.”

Pio Cesare’s single vineyard Barolo, the Ornato 2013, was awarded 95+ points, and was described as having “robust” aromas of “dark fruit and plum [which] segue into soft spice, leather and liquorice”.

Pio Cesare has recently released two new wines into the UK market – the non-vintage Barolo Chinato and Vermouth.  The Chinato was awarded 91 points, and is made from Barolo wine from the 2012 vintage which has been infused with a secret recipe (which has been passed down six generations of the Pio Cesare winery) including cloves, vanilla, nutmeg, cinnamon and sugar. The Vermouth performed similarly well, scoring 90+ points and being described as “complex” and “aromatic”, with flavours recalling the many ingredients used in the infusion, including cinnamon, cloves, quinine, citrus peel, ginger, nutmeg, marjoram and other secret ingredients closely safeguarded by the Pio Cesare winery!

Contact Effi to find out more about this high scoring wines.