Since its inception, Ornellaia’s production has been influenced and inspired by the Mediterranean character of the coast near Bolgheri. Founded in 1981, Ornellaia has helped establishing this relatively young viticultural area and it is now regarded as one of the world’s most iconic estates.

Painstaking attention to details, both in the vineyards and in the winery, allows Ornellaia to release every year utterly elegant interpretations of each vintage.

Nestled in the foothills near Bolgheri, Ornellaia lies just a few kilometres from the Mediterranean coast. During the summer months, the cool sea breeze caresses the vineyards and nearby olive groves, while during the winter the hills provide protection from the cold north winds. Ornellaia believes that a wine should be the most authentic expression of the terroir from which it originates and it is right here that, together with the maritime climate, the heterogeneous nature of the land and the estate – of marine, alluvial and volcanic origin – creates a distinct environment where red and white varieties can best express themselves. In this unique terroir, Cabernet Sauvignon, Merlot, Cabernet Franc and Petit Verdot are used to craft the icon red wines that made the estate famous, while Sauvignon Blanc, Vermentino, Viognier create extremely low quantities of the two white wines of the estate: Ornellaia Bianco and Poggio alle Gazze dell’Ornellaia. The range is completed by a rare, sweet expression of Petit Manseng, with Ornus dell’Ornellaia.

The importance that sustainable viticulture is an integral part of their production philosophy and is based on the economic longevity of structures and territories, the qualitative production and the enhancement of the heritage and landscape of the Bolgheri area along with its historical, cultural and ecological aspects.

“With an intense ruby-red colour, Ornellaia 2019 has a bouquet full of intriguing spicy and balsamic notes, including aromas of black pepper, sage and aromatic herbs.The wine is both full-bodied and vibrant in the mouth, filling the palate with its dense and elegant tannic texture and ending with a persistent and beautifully crisp finish.”
Olga Fusari – Winemaker

“With its usual deep ruby-red colour, Ornellaia 2018 features a lively and intense aromatic expression, a distinctive mark of the vintage. Red fruits, citrus notes, hints of liquorice and Mediterranean scrub combine to form its profile. With the first taste it is enveloping and all its components well-balanced: the tannins, both dense and silky in texture, fill the palate with elegance and precision. The finish is lifted by a distinct tangy vein that enhances the sensation of freshness and persistence.”
Olga Fusari – Winemaker

“Ornellaia Bianco 2019, straw yellow in colour with green hues, it reveals great complexity on the nose: vegetal and balsamic notes of sage, thyme and herbs stand out, accompanied by scents of white-fleshed fruit. A delicate note of vanilla completes the aromatic profile.
In the mouth the wine is full and velvety, with a nice density that fills the palate finely. The taste closes with a persistent and savoury finish, with a minerality that strongly links it to its area of origin.”
Olga Fusari – Winemaker

“2018 was the longest Sauvignon Blanc harvest in the history of Ornellaia. Picking started shortly after mid-August and ended on September 12th when the last bunches of Sauvignon Blanc were brought into the cellar. With its intense straw-yellow colour, this wine is characterised by aromas of exotic fruit accompanied by mild hints of finely roasted vanilla. On the palate it shows rich, dense with sweet fruit, perfectly balanced by a savoury tanginess.”
Olga Fusari – Winemaker

“With its usual intense colour, Le Serre Nuove dell’Ornellaia 2019 has a nose full of fresh notes of ripe red fruits, accompanied by a lively balsamic vein with aromatic hints of cypress and eucalyptus berries. The wine is soft and silky in the mouth, filling it with an elegant tannic texture and a sapid and persistent finish.”

“Characterized by a lively ruby red colour, Le Serre Nuove dell’Ornellaia 2018 is a wine of great aromatic complexity, a distinctive feature of this vintage. In the glass, aromas of berries, blackberry, raspberry and red cherry are accompanied by floral hints of wild rose and spicy notes of pink pepper and liquorice. On tasting, the wine has a good tannic structure, enveloping and balanced, with a crisp and savoury finish.”
Olga Fusari – Winemaker

“With its classic bright straw-yellow colour, Poggio alle Gazze dell’Ornellaia 2020 expresses itself on the nose with a beautiful aromatic intensity: aromas of boxwood and white flowers, accompanied by notes of white peach, sage and aromatic herbs are all released once poured.
The wine fills the palate with elegance and determination upon tasting, revealing the proper balance of acidic freshness and density. The finish is lively, persistent and with a nice tanginess.”
Olga Fusari – Winemaker

“The result of a rather late harvest and therefore favourable to the aromatic expression of white wines, Poggio alle Gazze dell’Ornellaia 2019 has a bright straw yellow colour with green reflections. On the nose it releases intense notes of citrus and exotic fruit accompanied by scents of mowed grass and asparagus. On the palate it is full-bodied and vibrant, characterised by a vibrant acidity and a mineral and lingering finish.”
Olga Fusari – Winemaker

“Ruby red with purple reflections, Le Volte dell’ Ornellaia 2020 has a vinous bouquet, releasing a complexity of aromas ranging from ripe red fruits, to Mediterranean scrub, up to delicate notes of tobacco and spices. The mouthfeel is soft and silky, but at the same time supported by a lively acidity that gives us a crisp, persistent finish.”
Olga Fusari – Winemaker

“2019 gives us a Le Volte dell’Ornellaia with great balance and expressivity. With its bright ruby-red colour, intense scents of red berries and rose petals are clearly distinguishable on the nose, while on the palate the taste is full-bodied and enveloping, characterised by dense tannins and a vibrant acidity which make this a highly pleasant and enjoyable wine.”
Olga Fusari – Winemaker

“Ornus dell’Ornellaia was inspired by passion for our lands and by the desire to explore its potential in producing great sweet wines, favoured by the typically mild and particularly breezy autumn in Bolgheri. Ornus dell’Ornellaia 2019 has its classic bright golden-yellow colour, with an intense and particularly complex nose, discovering new aromas upon every foray into the glass. Citrus notes of orange peel accompany the typical aromas of dried apricot and amaretto. Slight notes of cinnamon and vanilla complete the bouquet. When tasted, the wine shows a great balance between sweetness and acidity, with a vibrant and persistent finish lacking any heaviness.”
Olga Fusari – Winemaker

“Ornus dell’Ornellaia was inspired by passion for our terroir and by the desire to explore its potential in producing great sweet wines, favoured by the typically mild and particularly breezy autumn in Bolgheri. Ornus dell’Ornellaia 2017, with its typical bright golden-yellow colour, develops refined scents of bitter almond and dry apricot to the nose. The first impression on the palate is soft and enveloping and the acidic vein typical of Petit Manseng gives length and verticality to the finish.”
Olga Fusari – Winemaker

“Ornellaia 2017 masterfully interprets what was a particularly warm and sunny year. The intense and dark colour heralds a wine of beautiful concentration; the nose, rich and complex, releases scents of ripe red fruits, accompanied by notes of sweet tobacco and vanilla. The taste reveals an Ornellaia of great balance, a combination of firmness and pleasant freshness.”
Olga Fusari – Winemaker

“Le Volte dell’Ornellaia 2018 perfectly reflects the characteristics of the vintage, revealing great elegance and balance. Its nose is wonderfully complex, very fruity with delicate floral and spicy notes. The tannic and smooth texture is striking on the palate, ending in a crisp and lively finish.”
Olga Fusari – Winemaker

“Poggio alle Gazze dell’Ornellaia 2018 has a classic straw-yellow colour. The nose presents intense aromas of white-fleshed fruits, accompanied by delicate notes of vanilla. On the palate it is initially ample and soft; the wine reveals a great richness and marked tanginess that lead to a fresh and persistent finish.”
Olga Fusari – Winemaker 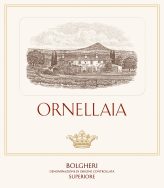 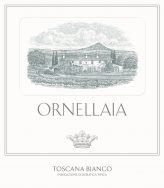 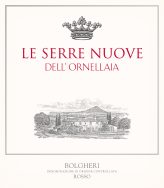 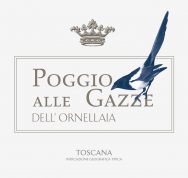 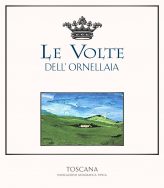 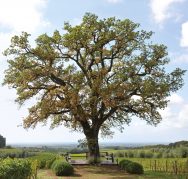 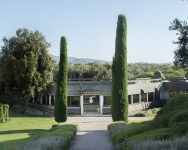 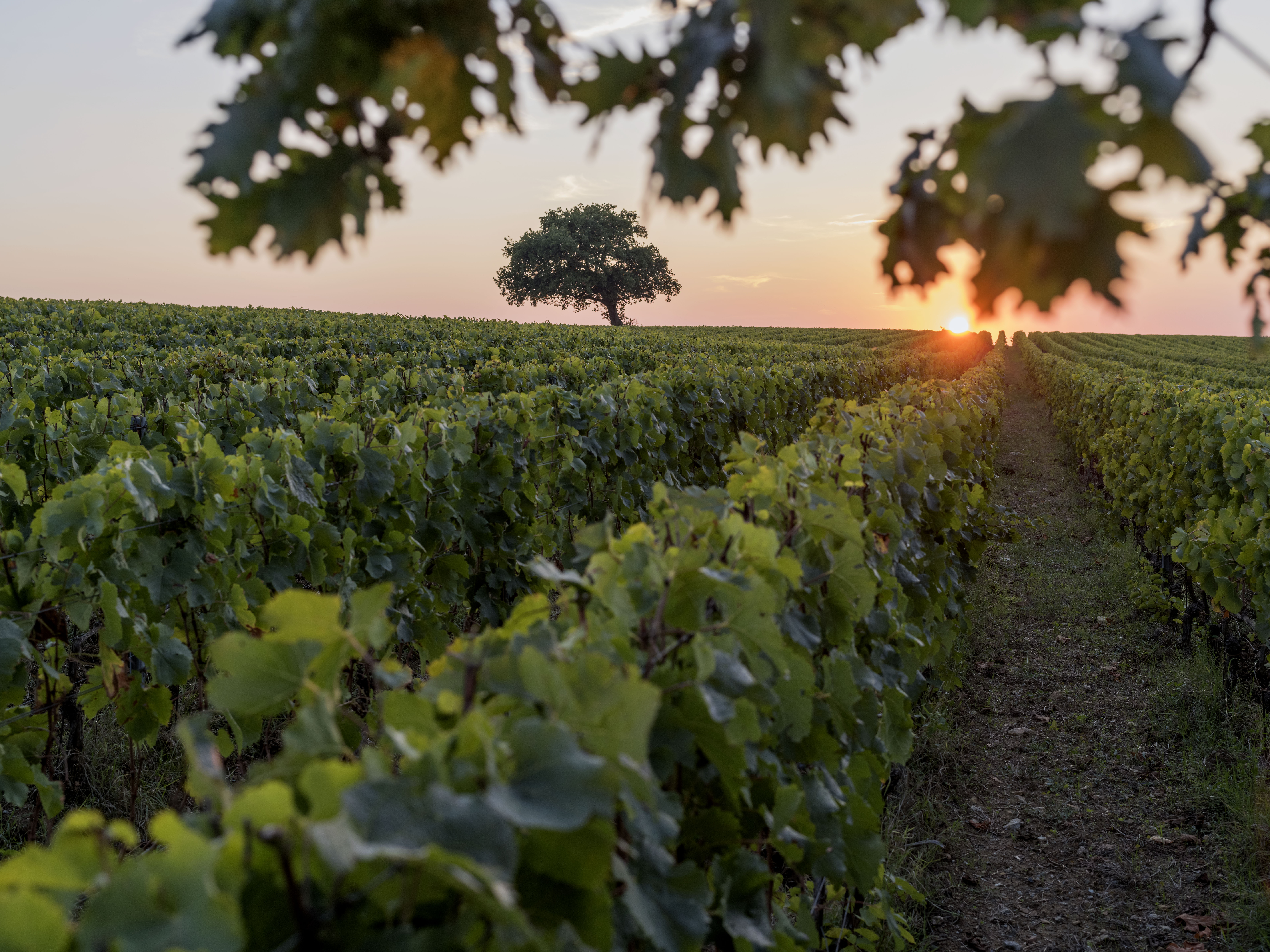 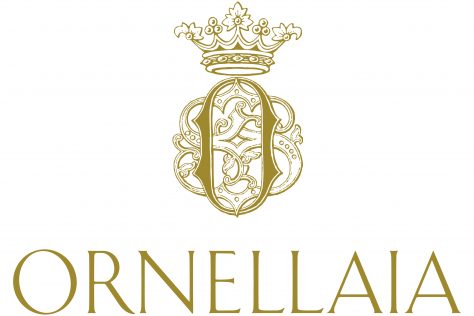