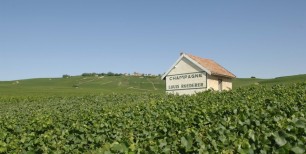 Maisons Marques et Domaines are delighted to announce that Champagne Louis Roederer have been awarded Second Place in the Drinks International List: “The World’s Most Admired Champagne Brands”.

More than two hundred of the world’s top sommeliers, Masters of Wine, wine educators and journalists took part in the annual poll, which reveals the most admired Champagne Brands of the year.

Champagne Louis Roederer have an impressive record in the list, never being placed outside the top five.

According to Drinks International, Champagne Louis Roederer were awarded second place due to ‘the consistently high standard of winemaking at Roederer’ and the winning combination of winemaker, Jean-Baptiste Lécaillon, and CEO, Frédéric Rouzaud.

Drinks International reported that voters were impressed with Roederer’s estate driven production and recent experiments with organic and biodynamic viticulture. The house has been conducting organic and biodynamic trials since the year 2000, and currenly cultivates an impressive 82 hectares, making Roederer the largest landholding of such vineyards in the region.

The consistent success of Brut Premier also played a part in Roederer’s success. Over the last twelve months, ‘Champagne Louis Roederer’s Brut Premier has been the best performing NV cuvée from any of the major houses’.

Contact Marinel to find out more about Champagne Louis Roederer.