Meerlust Estate has been the pride of the Myburgh family since 1756. Today, the dedication to quality winemaking continues under the guidance of 8th generation, Hannes Myburgh. Cellar Master, Chris Williams has worked on the estate since 1995 and has been in charge of winemaking since 2004. The name Meerlust means “pleasure of the sea”, as the property is situated 5km from False Bay (and 15km south of Stellenbosch), where the cooling influence of the coast allows the grapes ripen slowly.

The Cabernet Sauvignon is grown on low yielding, predominantly biotite partially decomposed granite gravel topsoil rich in quartz and feldspar to a depth of approximately 600mm with a loamy clay subsoil. The Merlot vineyards are planted on more clay rich, yet well drained soils to ensure moisture retention and availability to the vines roots right through the summer. There are considerable deposits of iron-rich Laterite in the Merlot vineyards which accentuates the fruit definition and mineral profile of the wine.

The Cabernet Franc Vineyard is situated on very well drained, stony Vilafontes soil with approximately 20% clay which is ideal for this variety.The Petit Verdot is on Oakleaf 3 soils on a northerly aspect to ensure full phenolic ripeness

The 2016 growing season was unusually cool but quite dry, presenting unique problems of fruit set and ripening. Irrigation was used strategically even on the mature vineyards to ensure slow ripening and proper flavour and tannin development. The Merlot and the Cabernets were extensively suckered from early in the season, and during veraison vendage vert was applied extensively to ensure an evenly ripe crop.

The vintage was generally later with some uneven ripeness showing in the later Cabernets. A decision was made to practice very gentle extraction to ensure the wines were not overly tannic or astringent. The Merlots were the star of the vintage and so extended maceration on our best Merlot tanks yielding succulent, opulent wines. The varieties were fermented separately with a combination of remontage and delistage. The wines were transferred to barrel early for malo-lactic fermentation in 55% new Nevers oak, 25% second fill barrels and the remaining 20% in older French oak barrels. The final blend is indicative of the vintage: 49% Cabernet Sauvignon, the lowest in Rubicon history, with 28% Merlot, exhibiting this varieties great expression in the unusual 2016 vintage, 20% Cabernet Franc and 3% Petit Verdot. The wine was barrel-aged for 16 months before bottling.

The 2016 vintage at Meerlust was somewhat unusual in that it was generally cooler but accompanied by a severe drought starting in 2015. This led to challenging conditions, particularly with regard to flavour and tannin development in the later Cabernet Sauvignon vineyards, and eveness of ripening across all the varieties.

Fortunately, Meerlust does have a large storage dam and the irrigation system required mainly for the establishment of young vines, its not common to use irrigation on the more established vineyards due to their having extensive and deep root systems which penetrate into the subsoil clay to access moisture for the ripening process. This moisture zone had mostly dried out by late summer in 2016, inducing water stress in many of our vineyards. We strategically used irrigation to ensure slower, even ripening to ensure flavour and tannin development.

“The 2016 Rubicon shows great charm and drinkability even at this early stage, no doubt a result of the high Merlot and Cabernet Franc composition. We were very cautious with regards to tannic structure as some of the later Cabs exhibited astringency which we wanted to minimise in the final blend. Wonderful exotic aromas of plum, sandalwood and perfume, still with a touch of creamy vanilla. The palate is medium bodied with a forward dark fruit flavour of cassis and mulberry followed by a lithe tannic structure fleshed out with juicy fruit. The impression is one of litheness and grace rather than over-arching power.”, Chris Williams, Winemaker

“…Having tasted this wine a few weeks after bottling in 2018 at the winery, it has certainly settled down beautifully and first impressions suggest further ageing in bottle will only be beneficial. It is pure, bright and generous with sweet notes of plump ripe black plums, sweet cherry tobacco, sappy sandalwood, graphite and cedar spice. The palate is still a touch taut on the entry but quickly fans out onto the mid-palate with sappy sweet black plum fruits from the high percentage of Merlot and Cabernet Franc. Thoroughly honest in style, generous and approachable, this wine is both vibrantly fresh and charmingly drinkable now on release with impressively integrated creamy oak. A wine that recognizes its vintage limitations but still succeeds in delivering a wonderfully delicious and gregarious Bordeaux blend expression. Drink now until 2028+.” Wine Safari Score: 92/100 Greg Sherwood MW 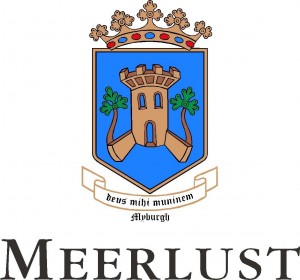