Now run by the 6th and 7th generations, Domaines Schlumberger was founded in 1810 by Nicolas Schlumberger, who established vineyards on the renowned slopes above the town of Guebwiller.  These vineyard sites have a history of viticulture, having been planted since 207AD. Through successive generations the holding has grown to be one of France’s largest and finest domaines.

Domaines Schlumberger now own 130 hectares of vineyards, 70 of which are Grand Cru. The Kitterlé vineyard covers 25 hectares with sandy soil resting on a bedrock of pink sandstone and volcanic rock. The steeply sloping stone-walled terraces have three different exposures south-west, south and south-east allowing optimum ripeness to be achieved producing rich, refined wines. Yields are 25 hl/ha.

The grapes are hand-picked and whole bunches are pressed. There is static settling of the lees. The wine is fermented in temperature controlled at cool temperatures to nurture the aromatic compounds in the grapes. After fermentation, the juice remains in stainless steel tanks on its lees for a further 8 months before bottling. After bottling, the wine spends a further month in bottle before release.

“Much easier than recent vintages. After a gloomy June the summer was scorching, resulting in a harvest that began very early in September, and in lower acid levels than usual. Pinot Noir was particularly successful. Healthy harvest conditions allowed many producers to make late-harvested sweet wines. Overall, yield was small for the third year in a row.” www.jancisrobinson.com

Golden yellow in colour with aromas of exotic fruit, flint, floral notes and citrus zest. On the palate, lime and aromatic herbs such a rosemary are notable with an intense mineral finish.

Serve with grilled fish such as bream, mullet or turbot or alternatively pork loin. 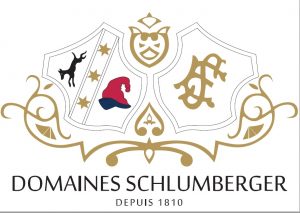