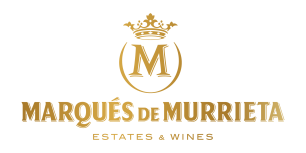 Tim Atkin MW was the first – and only – person to classify Rioja’s wineries following the international model ‘based on the quality of each winery and its wines’. Marqués de Murrieta has been classed as a “First Growth” for the second year in a row.

Marqués de Murrieta dominated Tim Atkin’s “Podium” of high performing wineries, with Maria Vargas winning the award for “Best Winemaker of the Year” and the Castillo Ygay White 1986 being awarded “Best White Wine of the Year”, scoring 98 Points, the highest score in the publication.

Furthermore, Dalmau 2012, Castillo Ygay Red 2007 and the Gran Reserva 2010 were all awarded an outstanding 97 points. The Capellanía 2011 scored 94 Points and the newly released Primer Rosé was awarded 90 Points.