Founded 160 years ago in the heart of the northern Côtes du Rhône, Delas Freres today crafts world class wines from both northern and southern Rhône.

Tending the steep sloping vineyards, which total some 30 hectares of vines, the team adapt their growing practices to each plot of vines to let the terroir of the Rhône shine through in the wines.

Crafted by winemaker Jacques Grange (who is originally from Burgundy), the wines from Delas Freres epitomise finesse and elegance. Recent vintages from the vineyards of Hermitage, Crozes-Hermitage, Chateauneuf-du-Pape, Côte Rôtie, Condrieu, Côtes-du-Rhône and Côtes-du-Ventoux have bee lauded in the press for their intensity of flavour and excellent value.

This wine is been made from grapes grown on the slopes of the Pont du Gard, on limestone-clay soils formed in the Villafranchian stage.

The majority of the grapes are harvested at night in order to take advantage of the cooler temperature at the time of the vatting. After destemming, the grapes are transferred to the tanks for low-temperature maceration and skin contact.

Good rainfall during the winter helped build up water reserves, which was much needed as temperatures warmed up and there was hardly any rainfall from Spring until mid-June. A devastating hailstorm hit Crozes-Hermitage, and to lesser extent parts of St Joseph, on June 15th – the like of which had not been seen since 1952. July and August continued to be hot, with a little rain which helped to sustain the vines to the end of vintage, with a warm and sunny September.  By harvest time, grape health was immaculate and quantities were normal to good (except in Crozes which was impacted by a hailstorm reducing quantities up to 35%). The berries picked were small and concentrated with thick skins but ripe tannins, resulting in glorious wines with aromatic perfume and wonderful fruit and silky texture.

An intense, bright colour, with a golden hue. To the nose the specific aromas of the grape variety are to the fore, with apricots, peaches, exotic fruits and preserverd citrus fruit. The palate is both smooth and fresh, finishing on dried fruits hint. 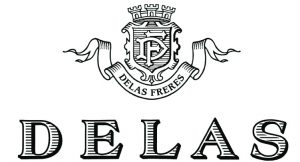